About the Breeders of Unique Dobermans 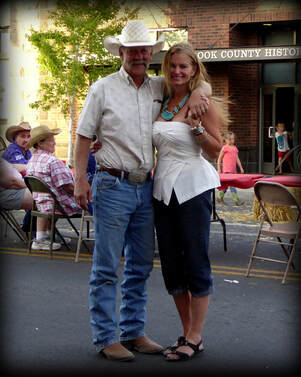 Who are those people that are breeding and raising Unique Dobermans for sale?
(Besides being the parents of 9 children and grandparents to 16 grandchildren!)

Bruce grew up on his family orchard "Clark Orchards" in Palisade Colorado where he learned to work hard and play hard.
He spent his young life farming on his family orchard, working mules, riding the cliffs behind his childhood home, team roping and skiing.  Skiing was a family passion and on that he later went on to become a semi-pro skier, Bruce also was a licensed hunting guide and outfitter that provided safe and enjoyable lifetime memories for many hunters in Colorado.
Bruce and his special horse Beamer also won a new one ton dodge dually truck in 2005  at a large team roping competition.
Bruce eventually moved to Washington state and worked with his veterinarian uncle Bob and aunt Nina who is a hall of fame Cutter helping on their large feedlot, show cattle operation and world class cutting horses.
Bruce later purchased property and developed an organic Cherry orchard and has the education and know how to produce food in an all natural way.
Bruce was introduced to Dobermans early in life, while growing up in Colorado as a child, Bruce's uncle had a Doberman.... a Doberman named Dan, he was used in the Colorado mountains as a protection dog for the hunting hounds until a bear attack ended his career but not his Life... as Dan was born to be tough and it would take more than one old bear to stop Dan.
While Dan was no longer capable of protecting the hunting dogs from mountain lions and bears and was retired to grandma's house, Dan was still a formidable protection Doberman for grandma at her home on the Colorado river where he was very well loved for the rest of his life.

Jan is from Idaho's ranching country, where she spent her young life haying, moving irrigation pipe, breaking horses and rodeoing. Jan moved to Oregon where she bred and raised World Champion horses and cattle on her 1000 acre cattle ranch in eastern Oregon at Sunnybrook Ranch.
Bruce and Jan met thru horses and between them they have 9 children and 16 (and counting) grandchildren together.
They retired from the horse and cattle industry and purchased a 10 acre gentleman ranch where they now share their lives with their cherished Dobermans, an Arabian stallion, 2 Pure Polish Arabian mares and Bruce's 3 rope horses.
Jan was introduced to European working Dobermans as a young girl by her beautiful neighbor Anelda who had brought her Doberman female to America with her from Russia. Jan would care for her Doberman while her owner was away at work, she was an amazing Schutzhund dog trained in the 9's and could do things Jan had no idea a dog could ever do, it made a lasting impression and in 1973 Jan bought her first Doberman named Budweiser's Checkmate from the infamous Checkmate Doberman kennel, he played with and faithfully guarded the children she would later have until his passing.
​
There have been many Dobermans and many stories of Dobermans heroism and antics since Bruce's family dog Dan and Jan's Budweiser but each and every one that Bruce and Jan have shared their lives with since has taught them so much about loyalty, work ethic, dignity and pride that those Dobermans and their stories will always provide them with fond cherished memories...  never to be forgotten.

Being in their 60's it's important to keep it small, keep it simple and take a year off now and then.
Raising a litter of Dobermans is a HUGE commitment and a dedication of a minimum of 90 days out of their lives caring for momma dogs and their babies.
When they have a litter of Doberman puppies, they know they will miss graduations, weddings, funerals, family vacations, holidays and more... please be kind.

The one thing they have learned about Dobermans over all of these years is... the only thing worse than losing your Doberman is a life without one.

We truly hope that you will enjoy the fruits of Bruce and Jan's Unique Dobermans efforts and the labor of love provided by the breeders before them in Europe and Germany by producing these fine dogs called Dobermans.
​
Sincerely,
Bruce and Jan
​Unique Dobermans
541  - 9 9 O  -  8 O 9 7
EMAIL:  UNIQUEDOBERMANS @ G M A I L.C 0M
CONTACT US HERE

PLEASE ALSO REMEMBER WE ARE ON COLORADO MOUNTAIN STANDARD TIME 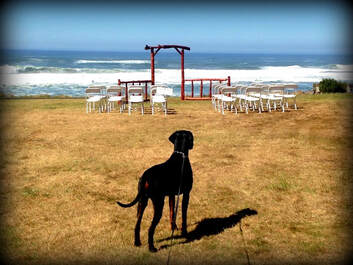 Every Doberman puppy for sale at Unique Dobermans has been thoughtfully and carefully planned and considered long before the breeding has taken place. Your new Unique Doberman puppy (if you are so lucky to be chosen as one of our elite Doberman puppy owners) comes with a pedigree sporting German, Russian and European Dobermans full of world champion show dogs plus each one has been worked to at least a BH in Schutzhund, IPO, IGP, Family Personal Protection dogs, Therapy dogs, French Ring sports and competitions. What do all of these Doberman working titles and Doberman show titles actually mean to you as a "pet owner" that doesn't plan on showing or titling your Doberman puppy? EVERYTHING! Your new Doberman Puppy's parents have passed strict temperament testing, tracking trials to test their nose and scent capabilities and personal protection courage testing of their character and most importantly their nerves.
The genetics behind your Unique Doberman puppy shows that his genes are free of hip dysplasia, eye diseases, bad temperament and poor conformation.
A Doberman dog that cannot hold up to the extreme athleticism that is required to obtain working titles is a poorly conformed dog and will break down, a Doberman dog that is not readily and willing to immediately obey with a strong desire to please it's master is not a pleasant Doberman to live with inside the home and certainly will never be able to obtain these working titles.
If you have been looking for the best Doberman Family Guard Dogs, with a World Champion pedigree, Schutzhund, IPO, IGP, VPG and ZTP Working Titles in Personal Protection, Tracking, Obedience and Agility with Beauty and Brawn to match then give us a call, text, email.